When a steel joist has special loading that requires extra consideration, the most economical solution may be to use a standard joist that is capable of resisting the non-standard or special loading. When this type of design arises, RISAFloor will add an (SP) extension to the joist designation in order to indicate that it is resisting a non-standard load. Because this loading falls outside the normal design criteria for the joist tables, these (SP) joists may warrant further detailing by the engineer or joist manufacturer to insure adequate performance. The RISAFloor detail report provides a Special Joist Load Diagram which shows the Point Loads, Distributed Dead, and Distributed Live loads with their magnitudes and dimensions.

RISAFloor will choose a joist such that the capacity shear envelope of the joist under a standard uniform load is still greater than the actual shear at all locations along the length of the joist. Because the joist will have a shear strength greater than zero at the midspan of the beam, the shear envelope for a joist with a maximum uniform load capacity of W, would be given by the figure shown below:

Below is an example of a 22K4 joist that is subject to both Uniform Dead Load (UDL), Uniform Live Load (ULL), as well as a 1 kip point Dead Load applied at quarter-span. 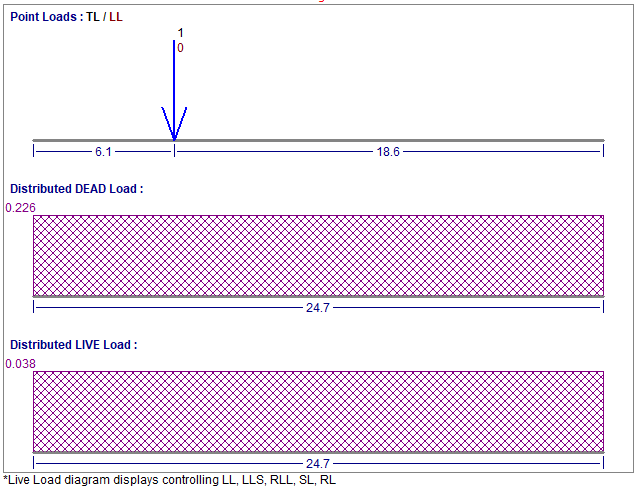 To calculate the equivalent uniform load, the shear diagram of the point load shall not exceed the shear envelope. The governing point A is at Region 1 as shown below: 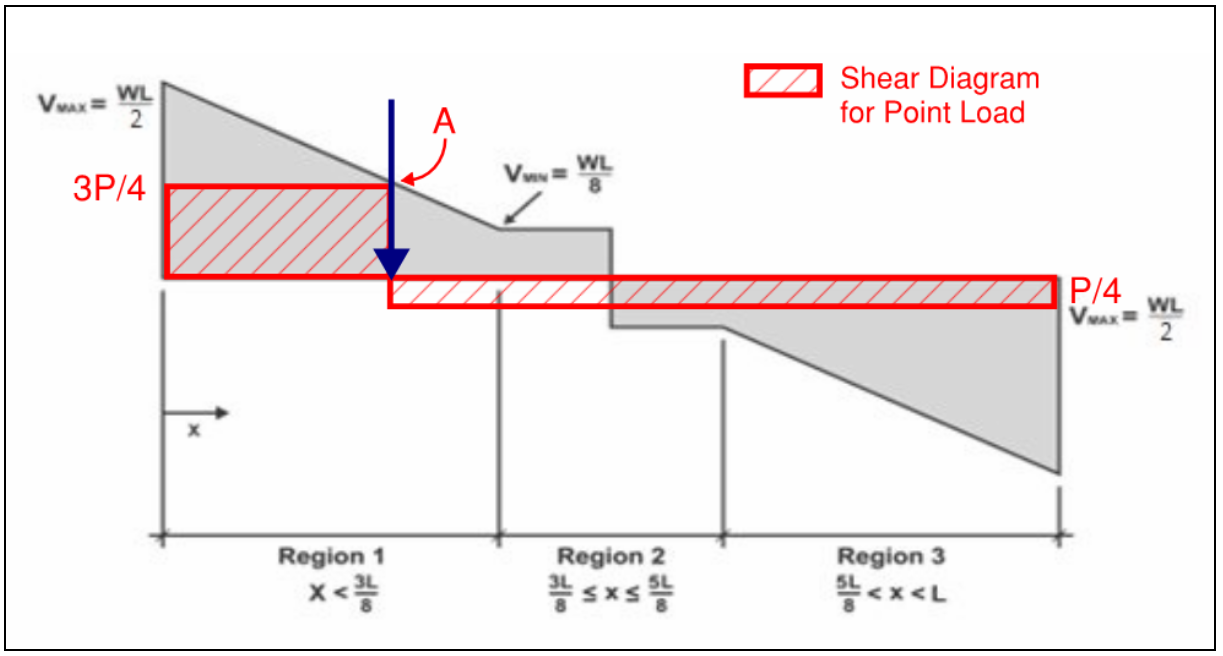