How to Account for Axial Loads in your RISAConnection Designs

With the new RISAConnection version 2.0, users now have the ability to design all connections for axial forces as well as the shear and moment forces.

For beam to column or beam to beam connections, simply enter your axial force under the Loading section of the Connection Properties dialog. 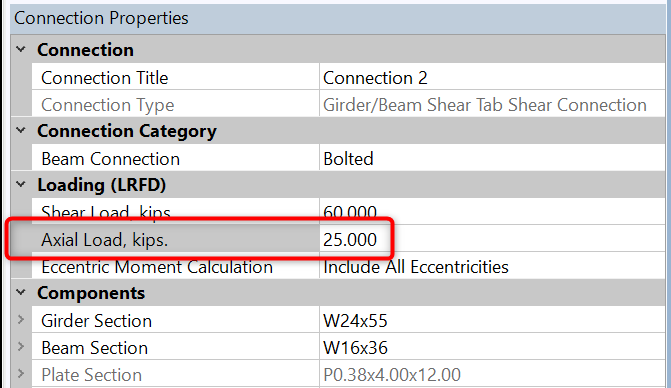 For vertical brace connections, enter the beam axial force as the Beam Axial Load entry under Loading, and the brace axial force as Brace Axial load. 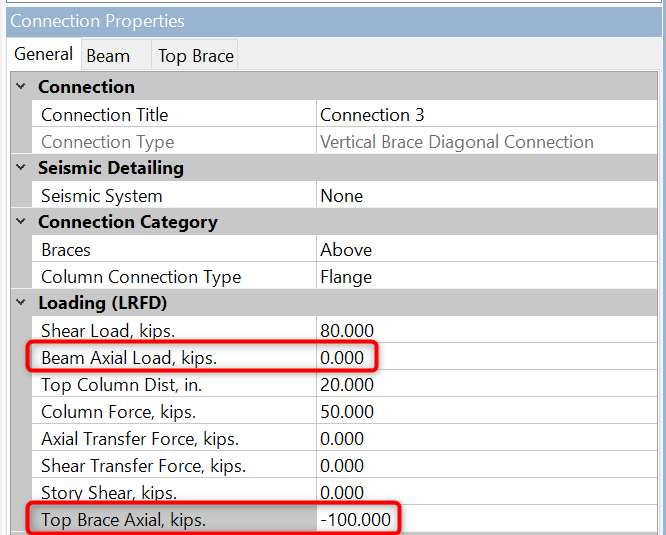 RISAConnection uses the same sign convention as RISA-3D and RISAFloor. This is so the loads transfer properly if you are utilizing the program integration. Compression forces are positive (+) and tension forces are negative (-).

These flange forces are then compared to the capacity of each limit state for the unity value.