A common question we get in tech support is “how can I verify my moving load results?” We now have a feature that will allow you to quickly generate a static loading condition equivalent to the moving loads at any given step along their path so you can investigate the detailed results at this location.

First, you will want to run your moving load combination in an Envelope or Batch + Envelope solution to get your governing results. For further instruction with using moving loads, see “How to Use Moving Loads?”.

Link: Moving Loads: How To 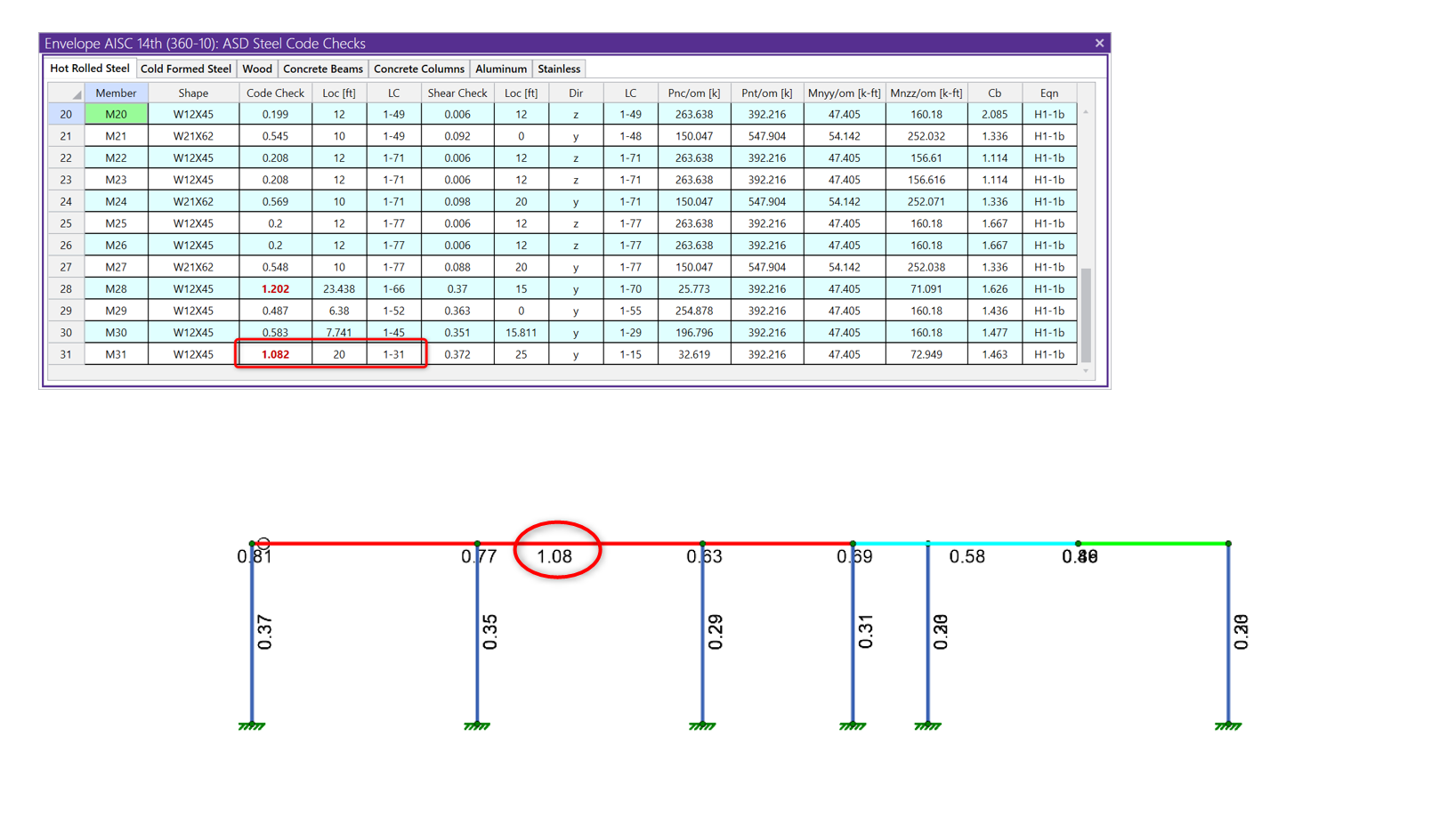 On the Home tab of the Ribbon toolbar, click on the Create Point Loads from Moving Loads button.

Enter which Basic Load Case you want the new point loads added to, the Moving Load pattern or load combination, and the Step Number then click Apply. 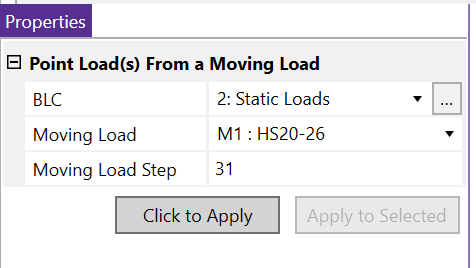 You now have a static load pattern that is identical to the moving load step location: 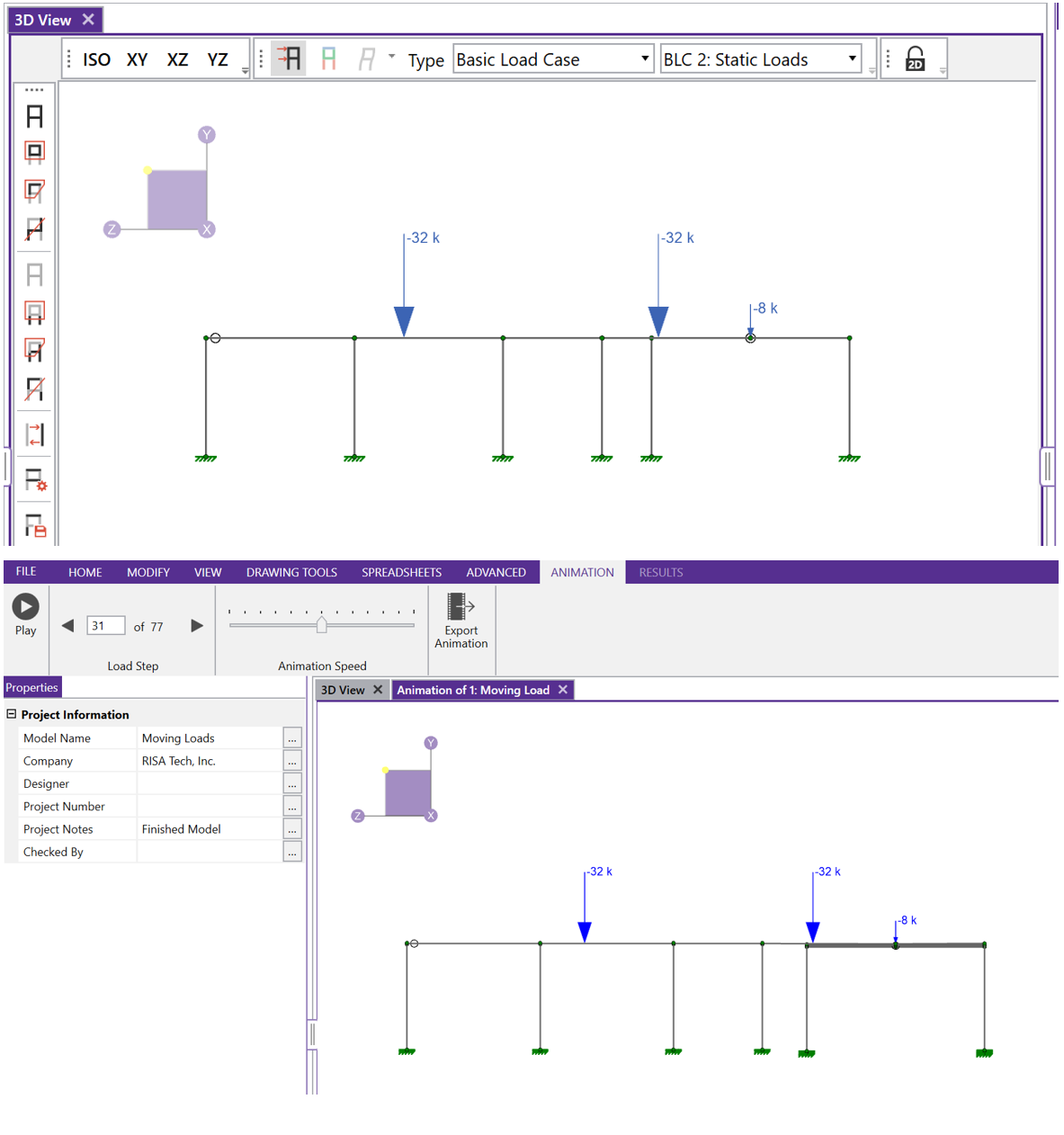 Now you can solve a static load combination with the loads at this point and investigate the member force diagrams, deflected shape, etc.