RISAConnection v6 has introduced the ability to design vertical brace connections per the seismic design provisions of the AISC 341-10 Seismic Design Manual.

To create the model:

1. First, select the type of vertical brace connection that you want to use. 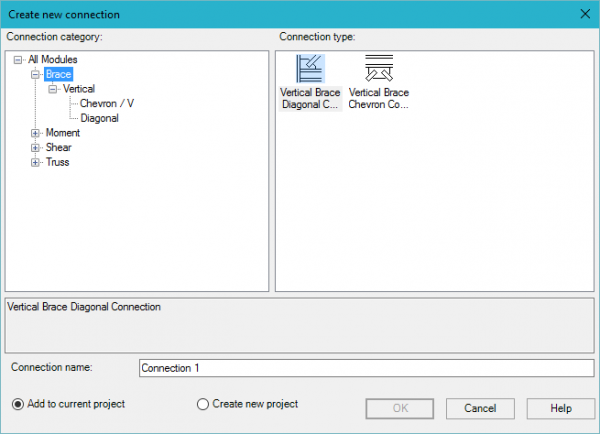 2. On the General tab of Connection Properties, select your type of Seismic System. 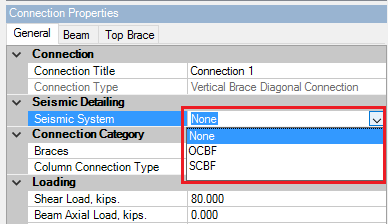 3. Enter in the other applicable variables for seismic design.

4. Once you have designated the connection as seismic, you will also see that you have inputs for Brace Tensile Axial force and Brace Compressive Axial RISAConnection will design braces for both tension and compression forces at the same time. 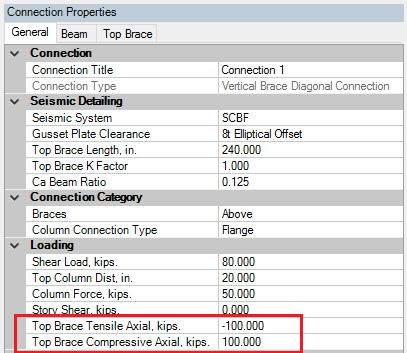 5. The results report will reflect the additional seismic checks. 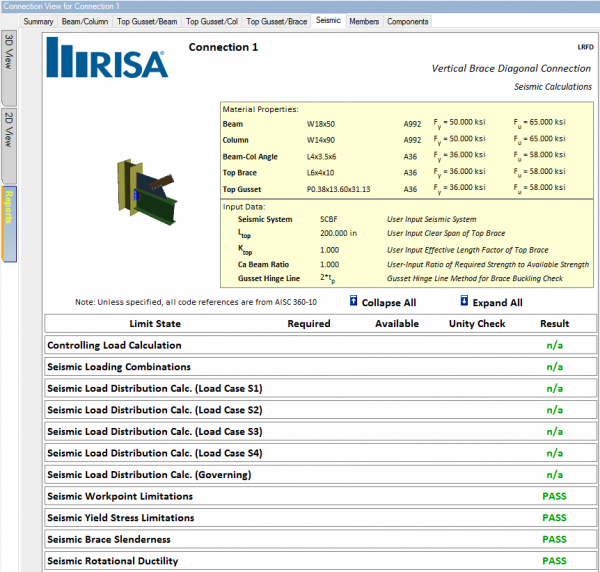 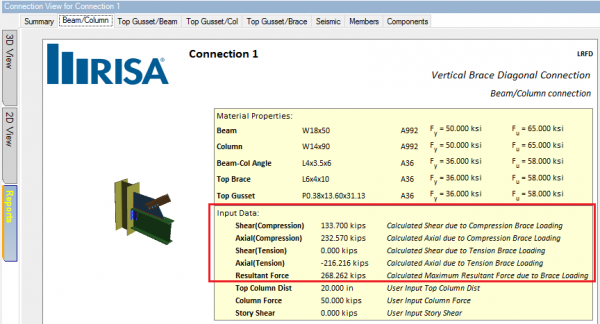