RISA-3D Version 19 now includes the ability to define the plate methodology of a material as orthotropic. In structural analysis and design, it may be useful to define plates or slabs that have different characteristics (stiffness) in the longitudinal and transverse directions. Doing so will result in the plates reacting to loading differently in different directions. This type of behavior can be useful when defining metal decks, cross-laminated timber or ribbed slabs.

To utilize orthotropic plate behavior, the user first needs to select the General tab of the Materials spreadsheet or open the Edit Material Dialog when adding a plate.

A new option for Plate Methodology has been added for each General material where users can select between Isotropic (standard material/plate behavior) and orthotropic. When orthotropic is selected, users must click on the ellipsis button (3 dots) located within the specified cell in order to access the analysis properties for the material. 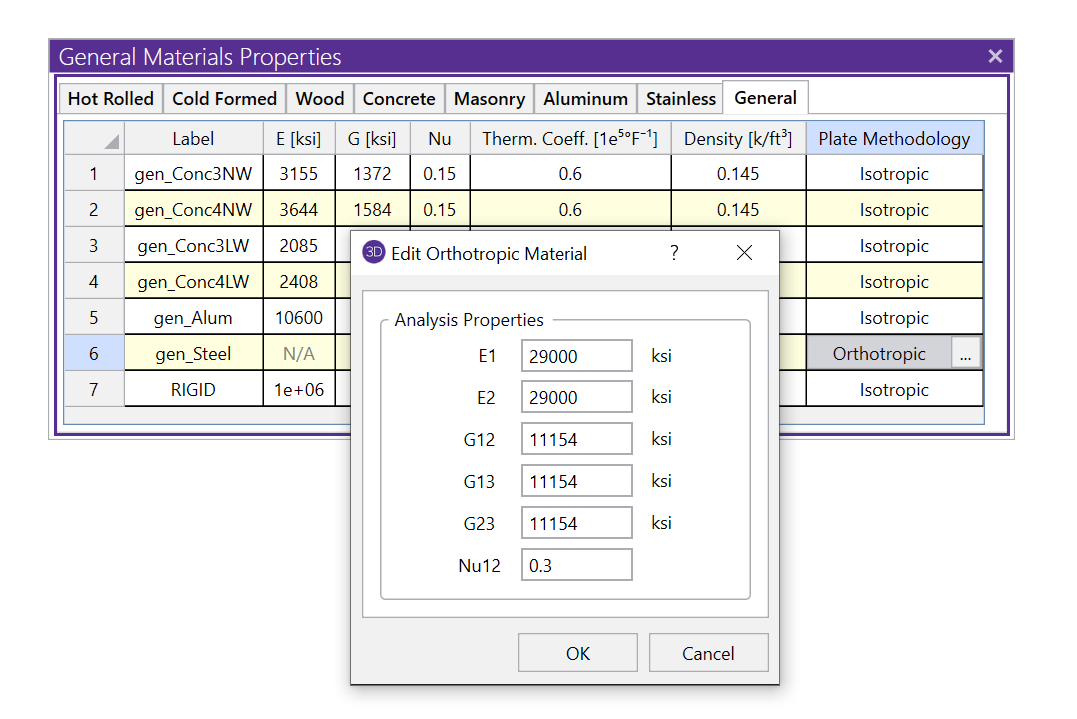 The properties of the material can be adjusted as needed in order to achieve the desired plate stiffness and load distribution.

The various properties available are as follows:

A few notes about the analysis properties: 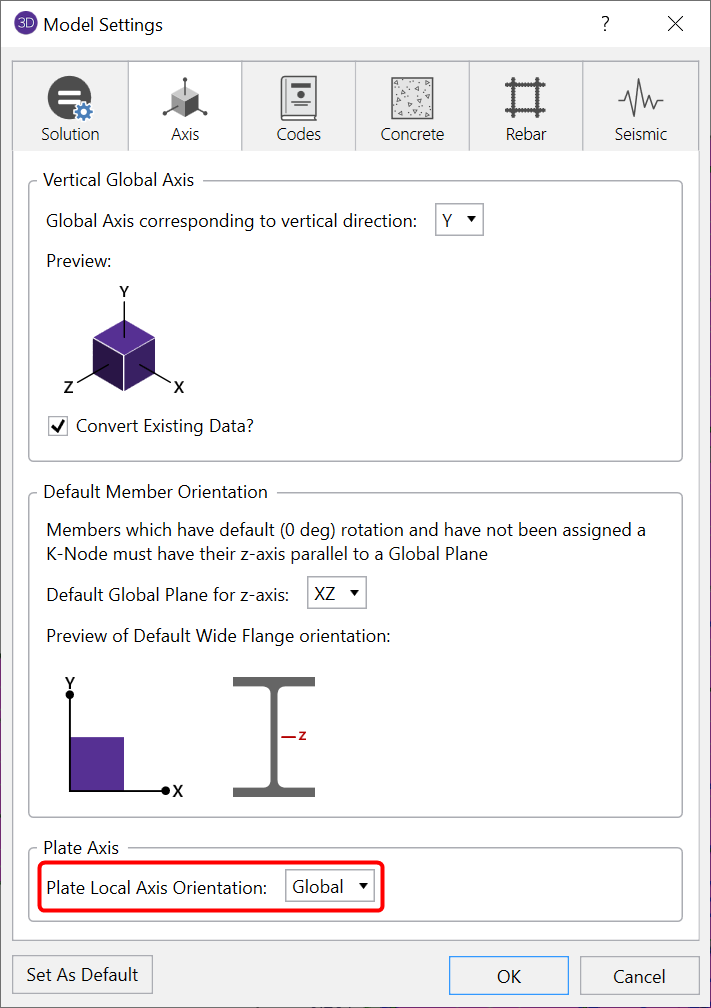 One of the main use cases for orthotropic material properties is to simulate one-way deck/slab behavior. In the example below, a simple bay has been created and a plate surface load has been applied in the vertical downward direction (local z direction). Additionally, the plate material specified is the thickness of the metal deck material as specified by the deck catalog. 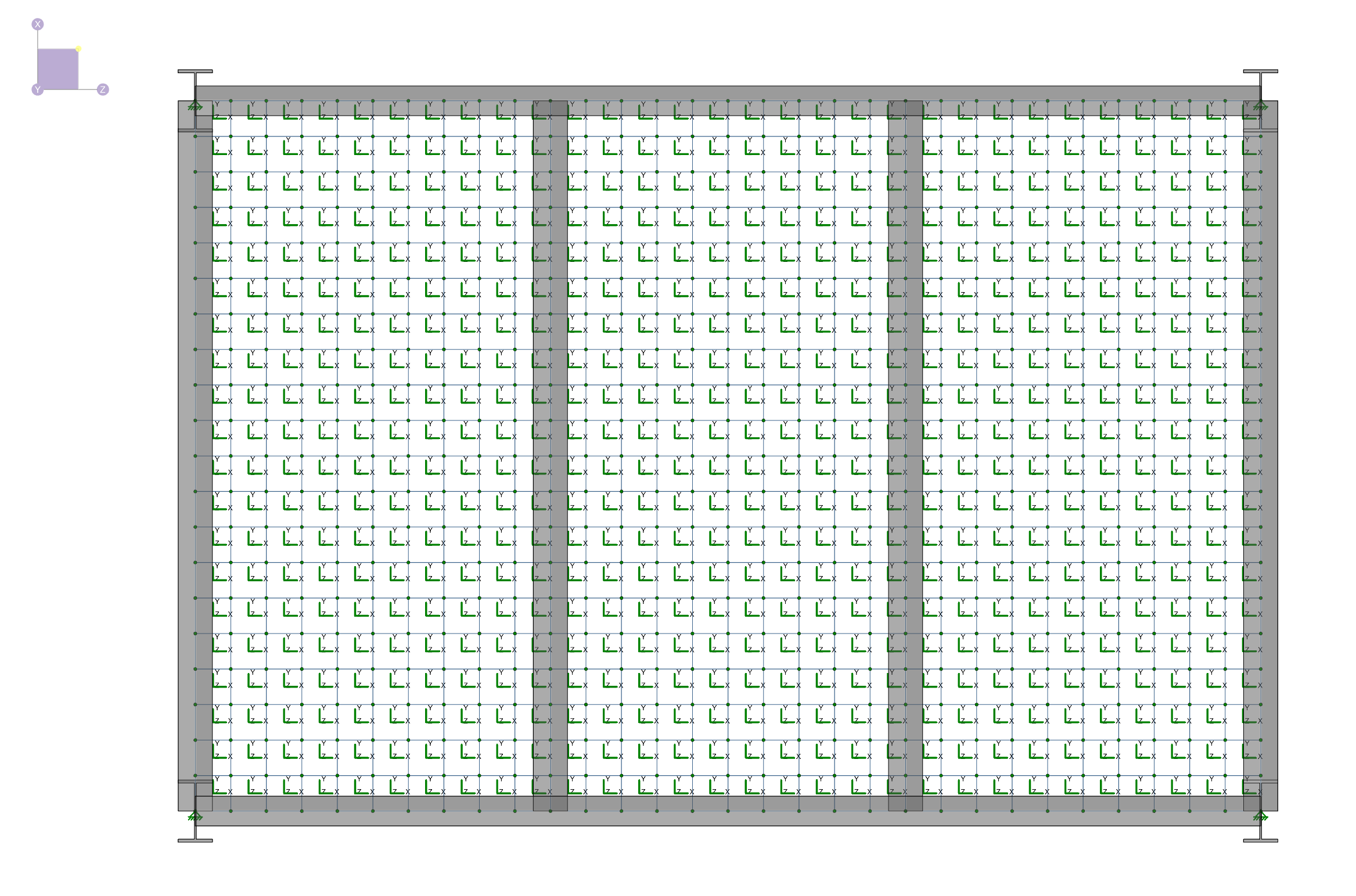 As a result of the framing the load transfer we desire is in the global Z direction with the decking spanning from beam to beam in the Z direction. To achieve this behavior, the orthotropic properties of the gen_steel material that is being used can be adjusted.

To do this, select a single plate and then click the ellipsis (3 dot) button found in the Material portion of the Property Window. Next, choose to Edit the Existing Material and the following Edit General Material dialog will be displayed: 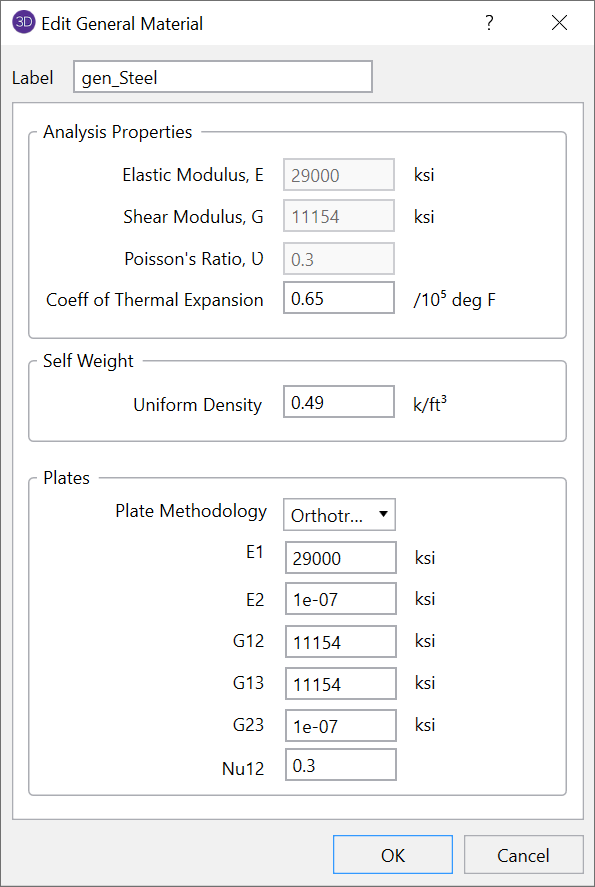 With the values set properly, run the solution in order to review the results (specifically the value of y shear) to show the one-way load distribution. 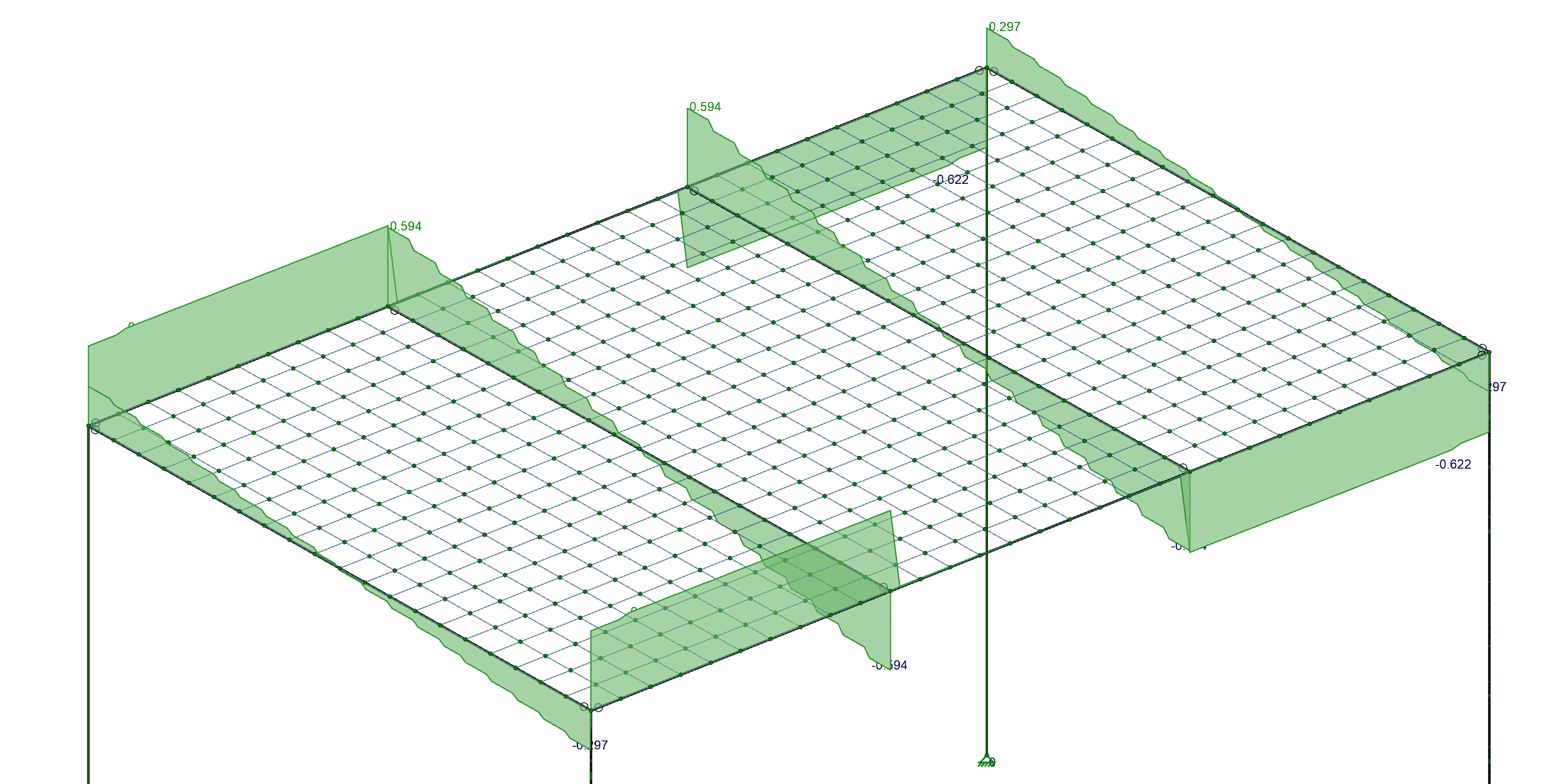 Note: The size of the mesh used will impact the distribution of forces. With the connection between plates made only at the plate corners, the larger the plates, the less precise the load distribution will be as compared to pure one-way action. Make sure to use an adequate mesh size to achieve the desired load distribution as compared to the hypothetical results, while being aware that a smaller mesh results in a larger model and longer solution time.

For more information about orthotropic plates, check out our video posted on YouTube: