In ACI 318-14, a simplified equation for the calculation of Vc could be used unless there is axial force present in the member.

The area of shear and flexural reinforcement in the cross section was not a consideration when determining the shear strength contribution of concrete using the simplified equation. 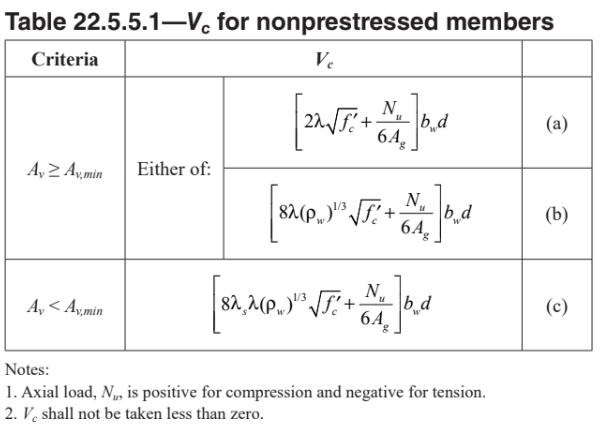 When Av > Av,min, the axial load and the flexural reinforcement ratio are included in the calculation of Vc. ACI allows us to use the larger of the results from equation (a) and (b) in the table. In RISA-3D detail report, this calculation will be presented in the shear design tab:

In summary, this change is applicable to the following: