RISA-3D, RISA-2D and RISAFloor have the capability to project distributed and area loads onto members.

Consider the case of snow load on two buildings: one with a flat roof and one with a sloped roof. Ignoring the concept of shedding, if both buildings have the same footprint then they should both have the same total weight of snow applied to them. This is because the snow doesn’t care what the shape of a building is as it falls. The same total amount of snow will fall on a given acre regardless of what’s on it.

Below is an image illustrating roof rafters from both the sloped and flat roof beams. In both cases a vertical snow load of 100 lbs/ft has been applied in the global Y direction. 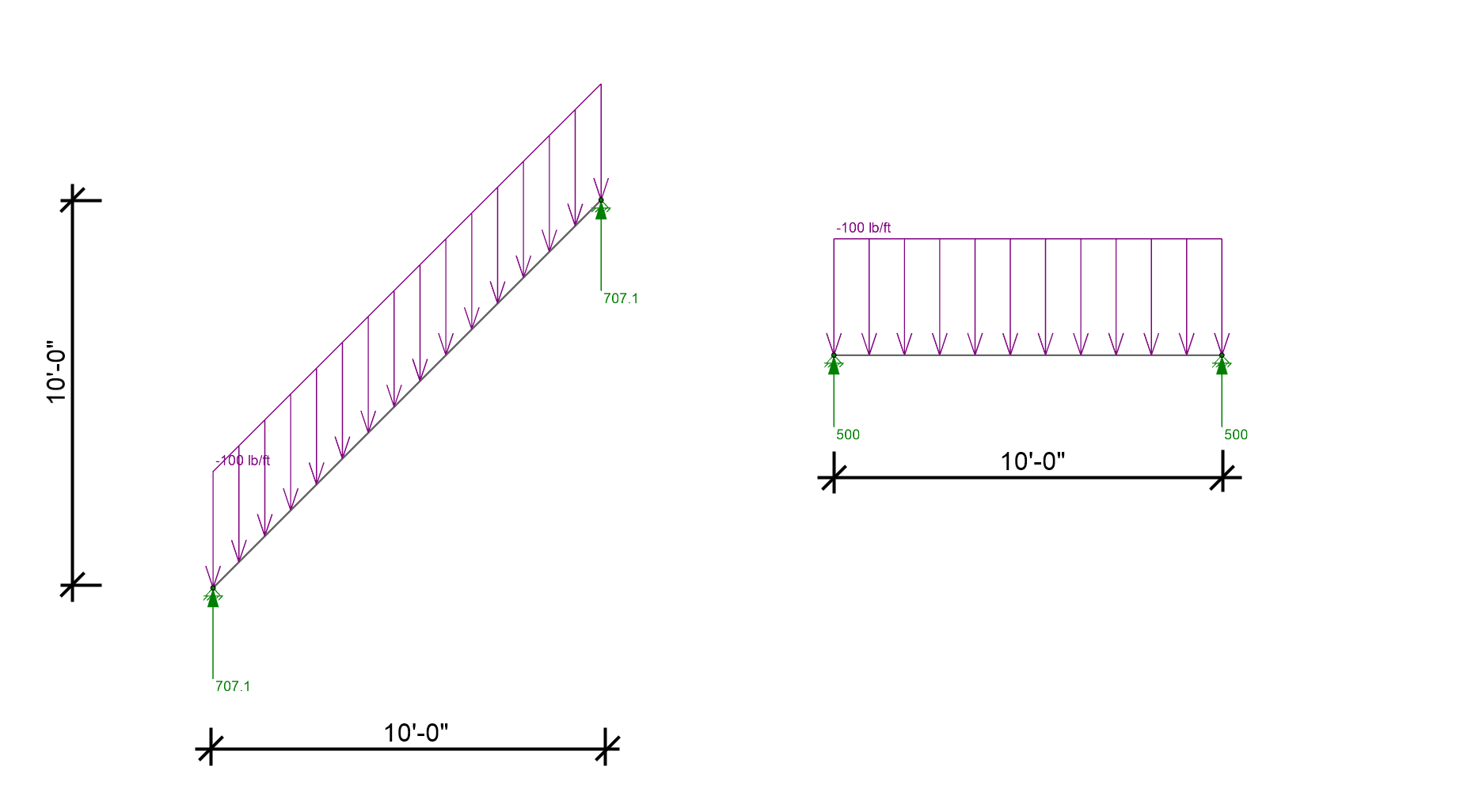 Note that the total end reaction on the sloped rafter is 1.41k versus only 1.00k for the flat rafter. This is because the sloped rafter is actually 14.1 ft long, and we have applied the load as 100 lbs per linear foot of rafter. In order to get the correct behavior for snow we need to project the load onto the horizontal plane.

The image below shows the same members, but with the load direction specified as PY (projected along the global Y direction) instead of Y.

The program has automatically reduced the magnitude of the distributed load on the sloped member such that its end reactions will equal what they would be if it were a flat member. The formula used for this is shown below: