What do the Unbraced Length commands Segment and Lbyy mean?

Aside from leaving an unbraced length blank or inputting a fixed distance, you can harness the program’s ability to use a limited intelligence for determining unbraced lengths. In order to do this you can simply type in the name of the Unbraced Length Commands into the unbraced length field.

Below are the two most common commands:

When this command is used, all Joints which fall along the length of the physical member are assumed to provide bracing. If Joints are not evenly spaced along the member then an unbraced length is calculated for each “segment”.

When using the Segment command the program will assume that each joint along the length of the member can act as a brace location regardless of whether any bracing or restraint exists. In the example above this will result in an unconservative member capacity if no bracing will be supplied at N3 in real life. 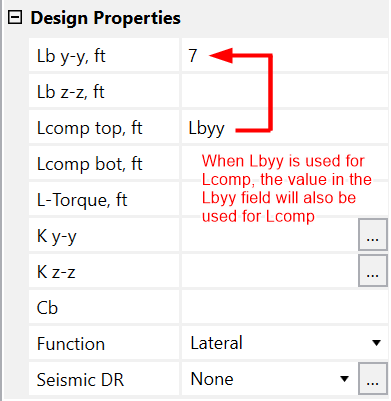 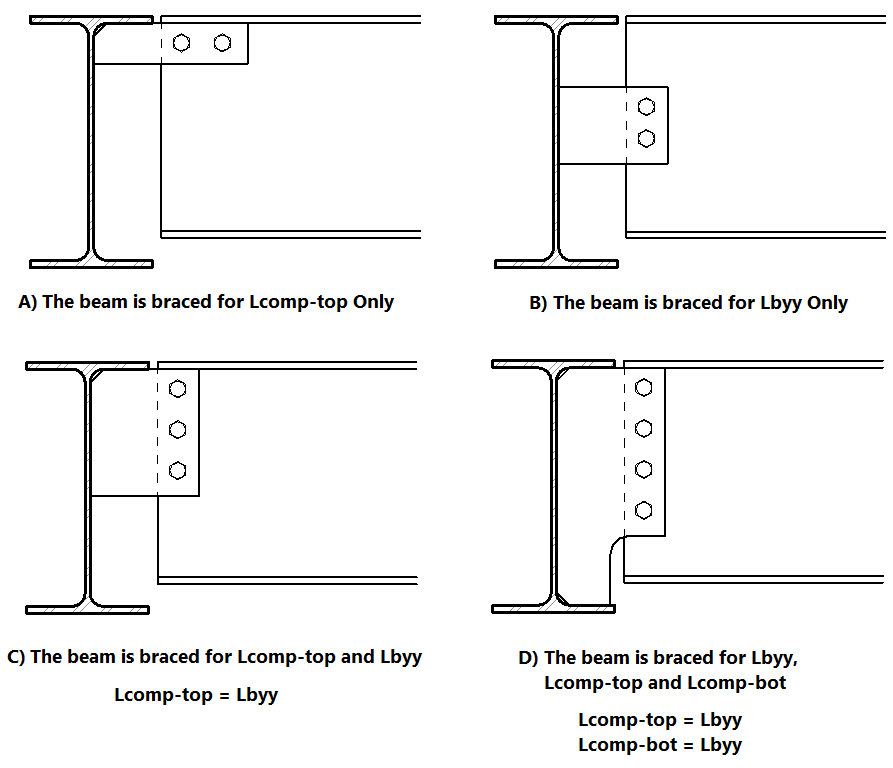