Why does my slab deflection increase using ACI 318-19?

Since the release of RISAFloor v15 and ADAPT-Builder v20, both which include the latest update to the ACI code (ACI 318-19), some customers have asked our support team why they're experiencing increased slab deflections. These increased deflections are the result of changes in the calculation of the effective moment of inertia, Ie, for slabs that was made in ACI 318-19 code, compared to the previous ACI 318-14 code.

In the ACI 318-14 Building Code Requirements for Structural Concrete code (as well as previous versions of the ACI code) the calculation for the effective moment of inertia, Ie for nonprestressed members was as follows: 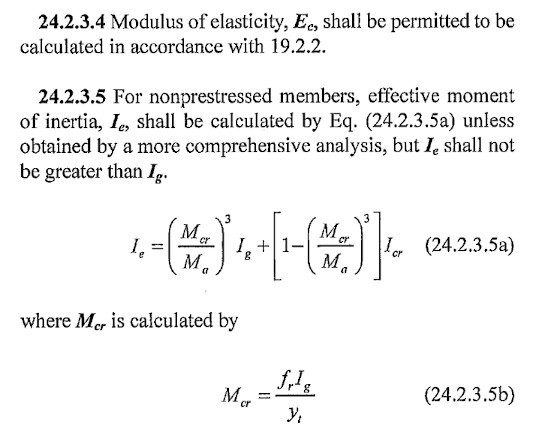 By contrast, the ACI 318-19 code incorporates a new calculation of the effective moment of inertia, Ie, which is dependent on how the applied moment Ma compares to a ratio of 2/3Mcr (the cracking moment). The complete calculation is as shown below:

These new equations will be utilized to calculate the effective moment of inertia when the long-term deflection option is enabled for user defined slabs in RISAFloor ES. 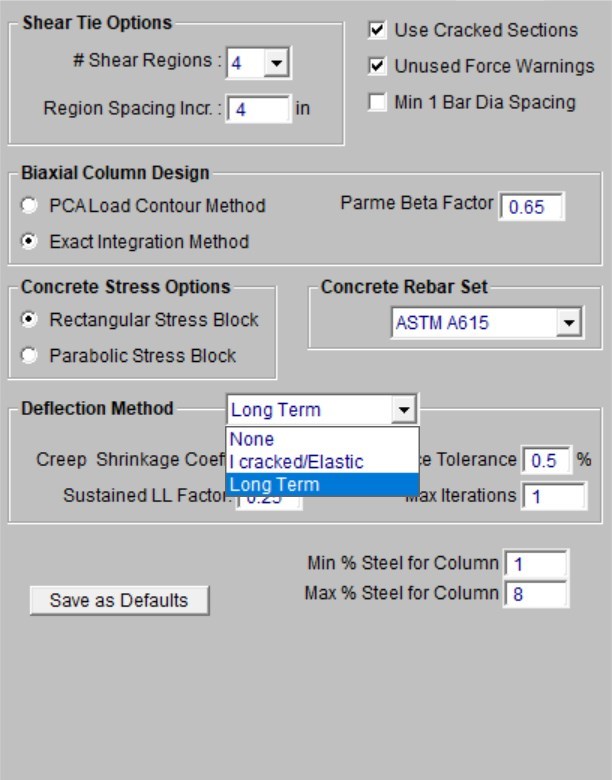 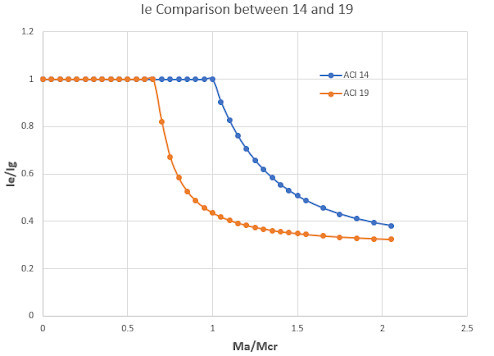 As shown above, the value of Ie/Ig drops quickly at 2/3Mcr and continues until roughly Mcr. For slabs that fall into this category, a larger deflection will be present when utilizing the ACI 318-19 code.

Using a simple elevated slab model in RISAFloor ES, we can see the difference in the ratio between Ie/Ig in the ACI 318-14 and ACI 318-19 codes in the image below: 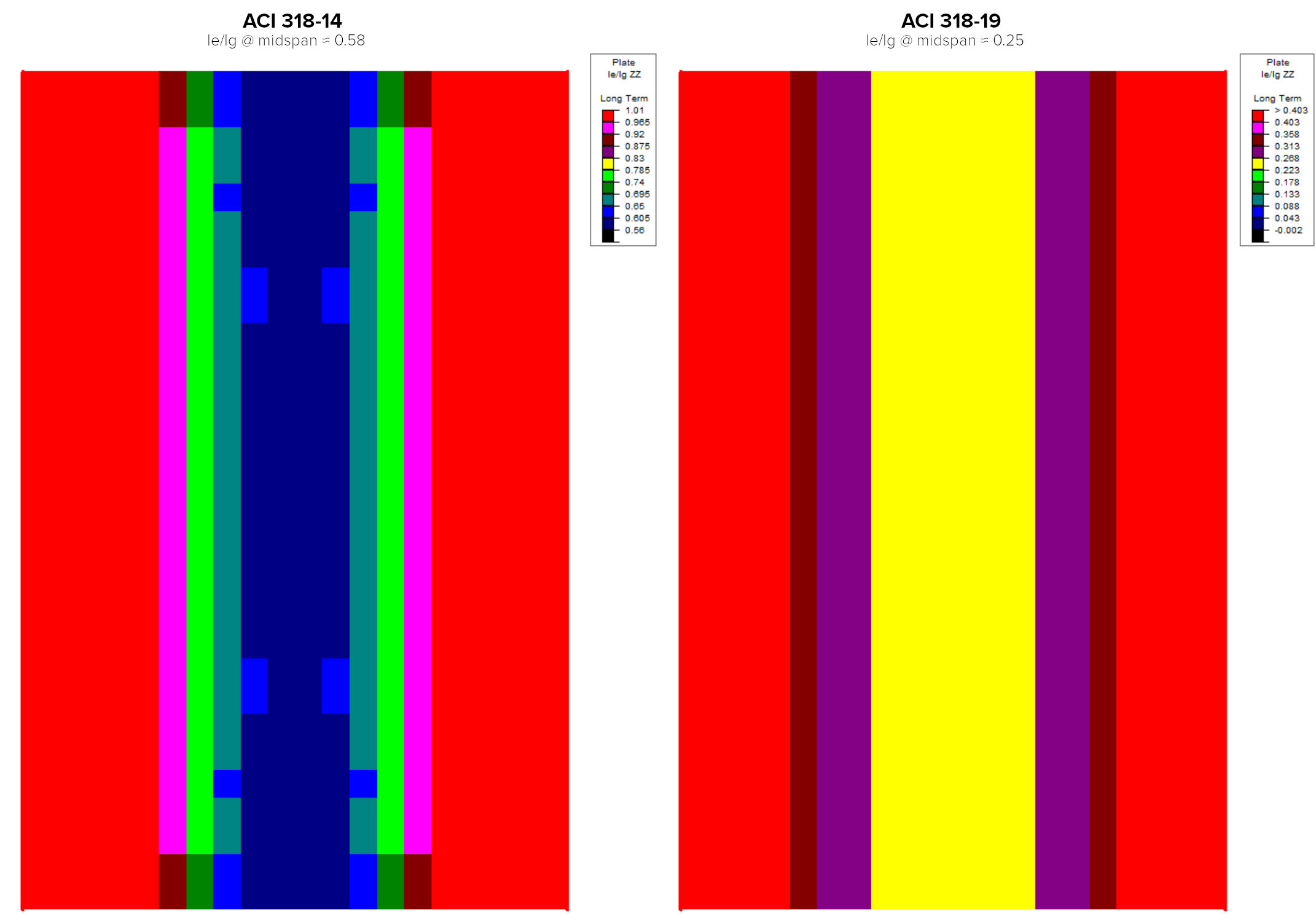 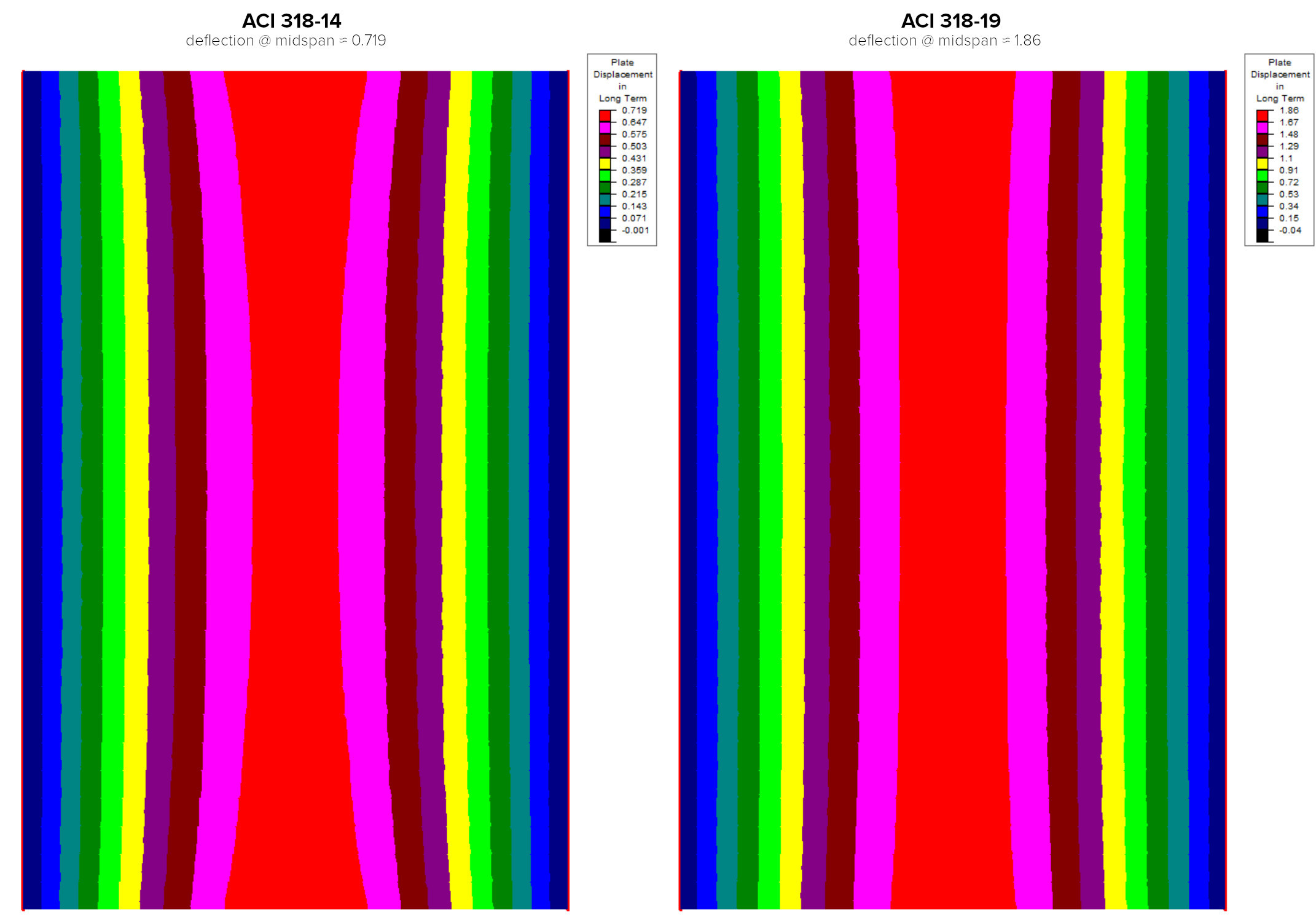