Why don’t the Beams in my Frame have axial force? 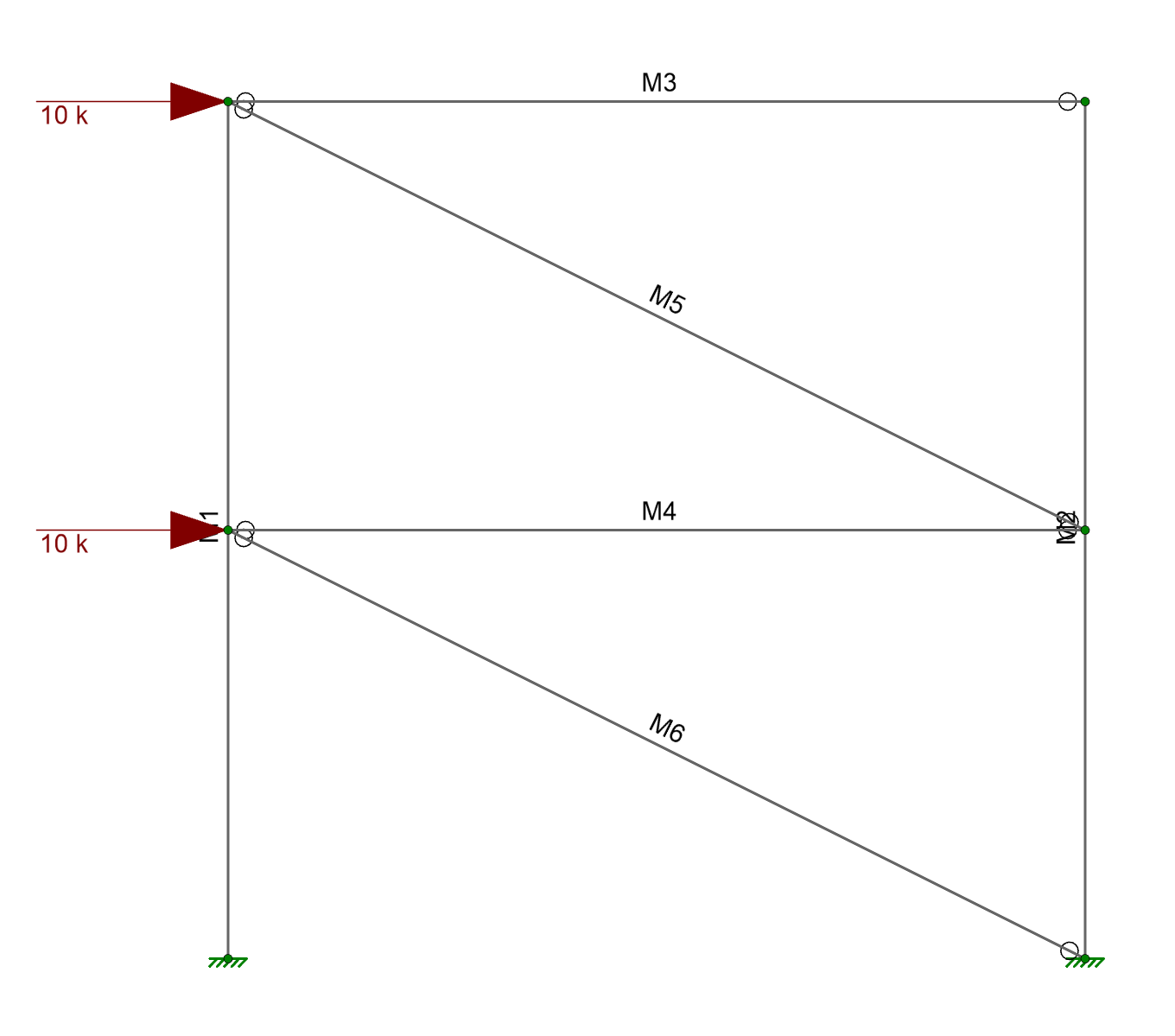 The axial force diagrams show that the beam (M4) is carrying 9.6 kips of tension (blue) because the beam is transferring the lateral force from brace M5 to M6. 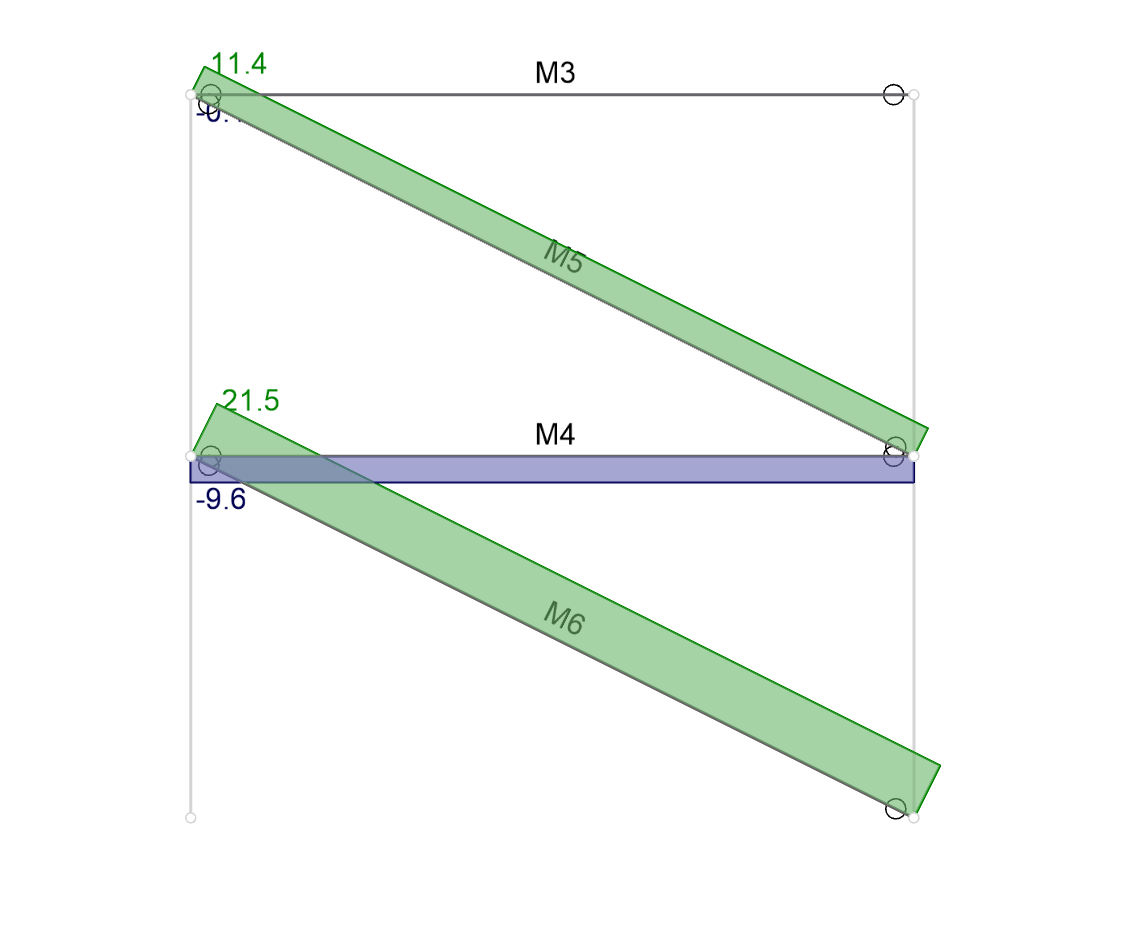 However, if a rigid diaphragm is created at the floor level then the axial force in M4 disappears: 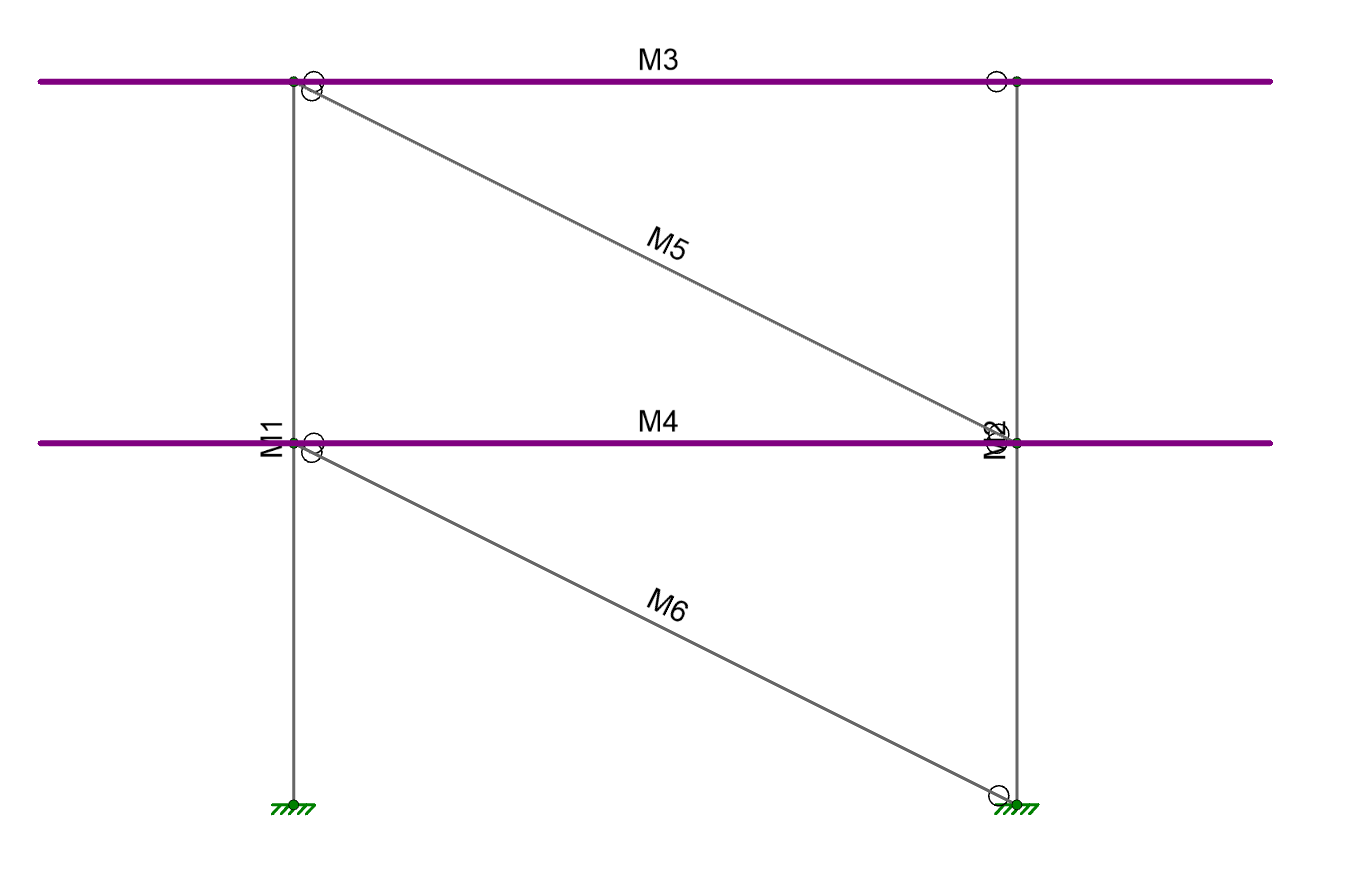 The question arises, how does the force now get from brace M5 down to brace M6? The answer is that the force is being carried entirely by the rigid diaphragm. See the image below, which explains why: 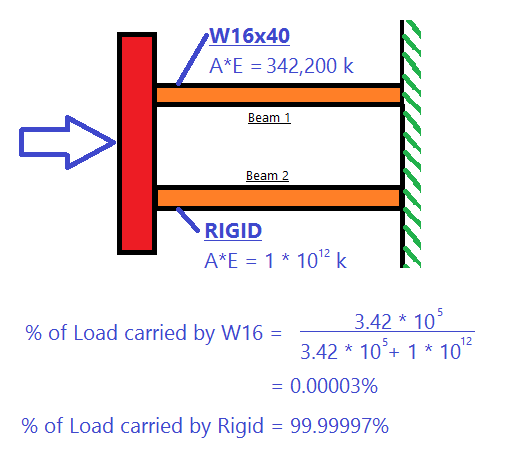 If the explanation above isn’t clear, another way to consider this problem is to look at the movement of nodes. In a rigid diaphragm, none of the nodes are allowed to get any closer or farther away from each other, regardless of the load applied. In the example below, the distance “x” is always the same number. If it wasn’t then the diaphragm must have deformed (shrunk) in the x direction, but it can’t deform or shrink if it is rigid. 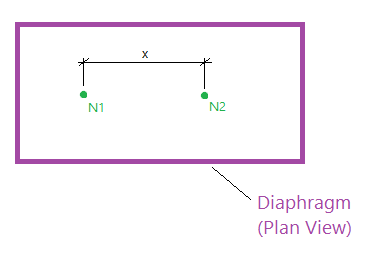