RISA-3D has two ways of automatically generating seismic-related Basic Load Categories (BLCs) which can be later referenced in the Load Combinations (LCs):

In addition to the automatic generated seismic loads, users can always draw any loads and add them to seismic load consideration.

How to create seismic loads from response spectra analysis is further discussed here:

The seismic load categories (ELX, ELZ, etc.) generated from the Seismic Load Generator can also be viewed visually from the load display. The seismic load categories (SX, SZ, etc.) generated from Response Spectra Analysis cannot be viewed visually, but users can check the total base reactions from the joint reaction spreadsheet as a reflection for the applied lateral loads. 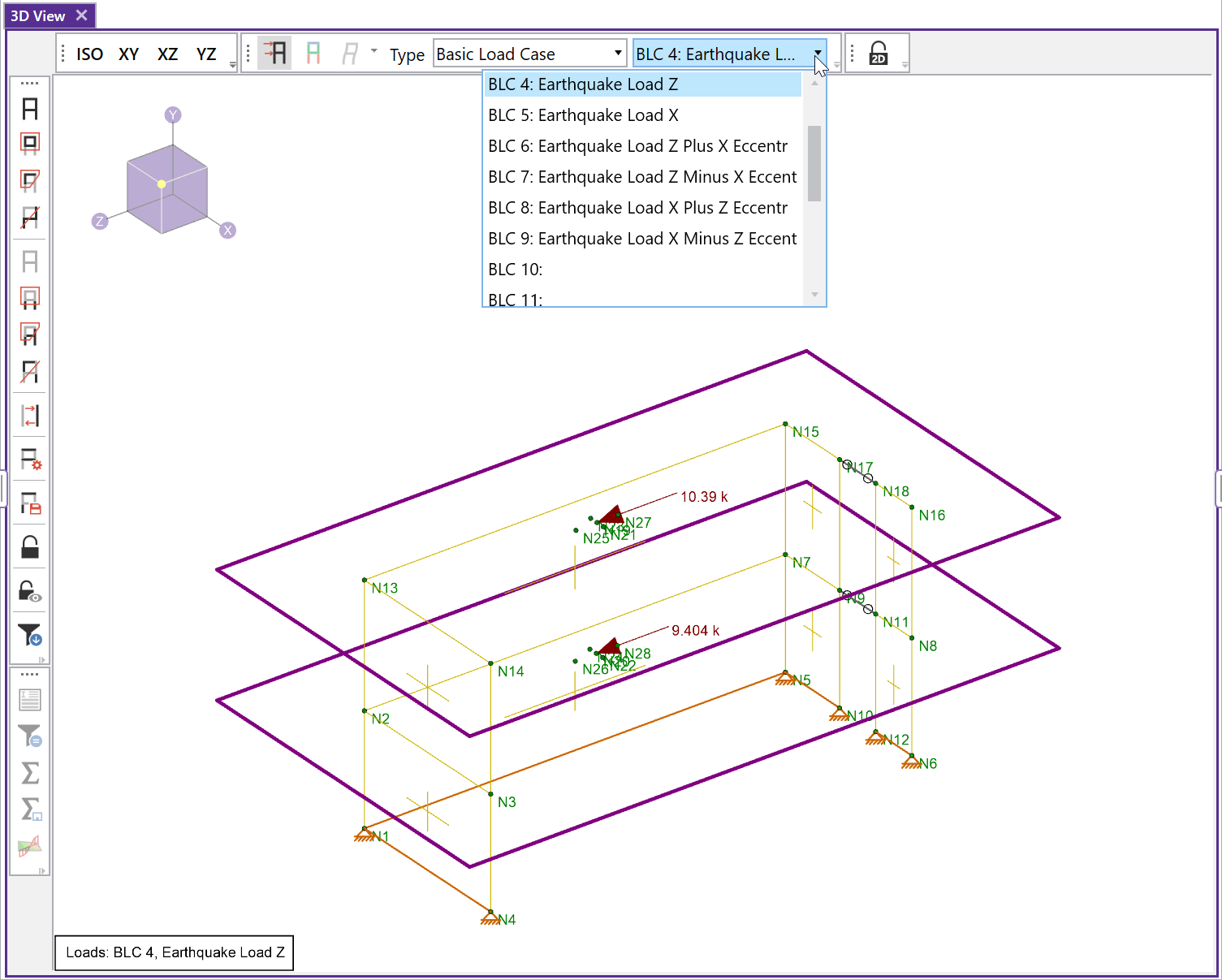