RISA-3D v17.0 now has the ability to model partial fixity member end releases. Partial fixity end releases can be utilized in RISA to model the behavior of a partially restrained or semi-rigid connection that cannot be idealized as fully fixed or pinned. Partially restrained connections are common in seismic moment frame systems and their semi-rigid rotational behavior can now be modeled in RISA-3D. 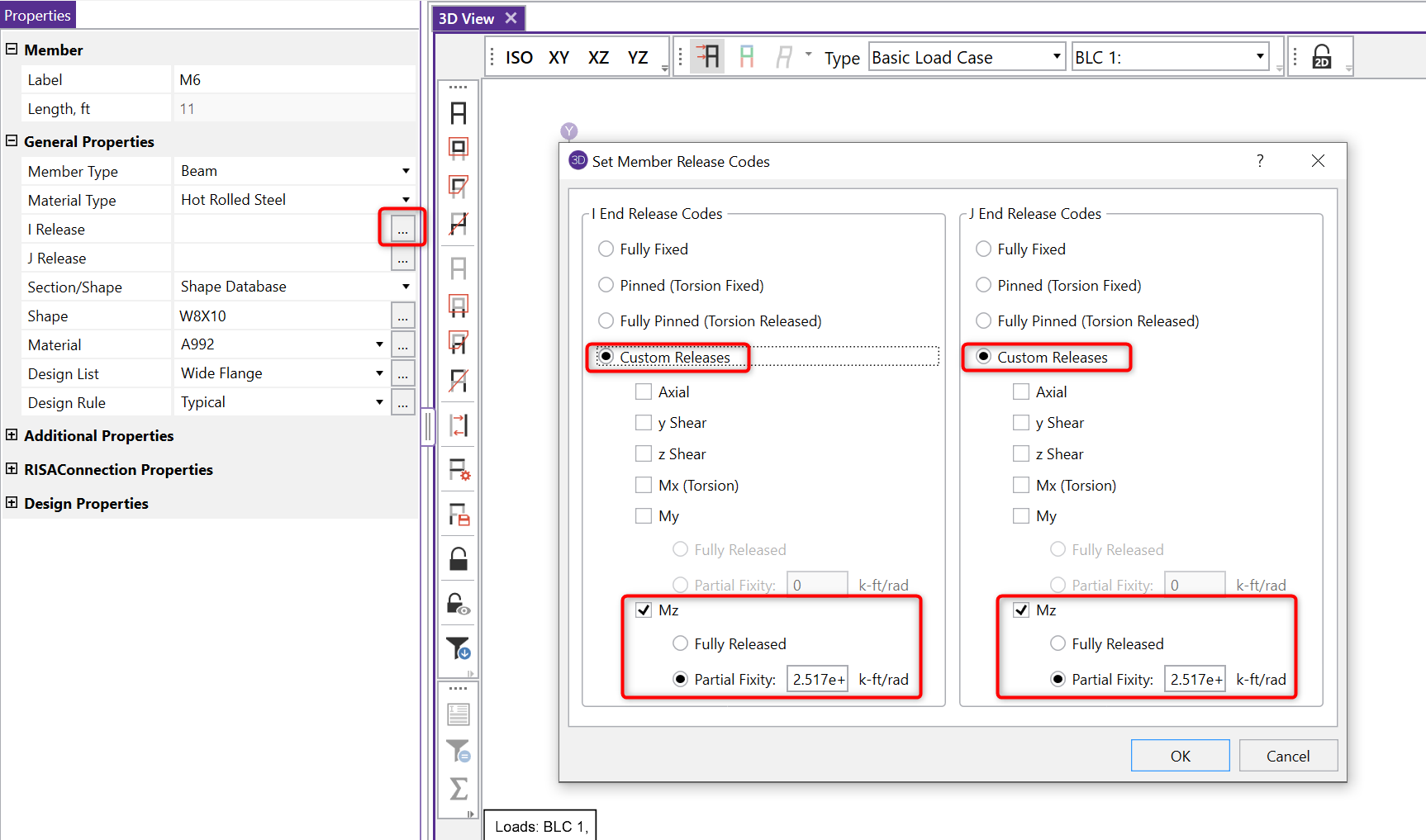 Once a rotational stiffness is applied, the connection at that member’s joint will become more flexible as they are partially restrained. Graphically, the end release will show a symbol to designate that a partial fixity end release has been assigned.

In the three examples above, the various frames have a beam to column connection that is either fixed, partially restrained, or pinned. The second frame beam has a rotational partial fixity member end release a stiffness of 1.0e+5 kip-in/rad in the Mz direction. There is a lateral earthquake load applied to the frame which we will compare the results for each case.