Have you been in RISAFloor performing a steel product design and noticed an (SP) extension to a joist designation? The following will discuss when the program designs for these special loading conditions. 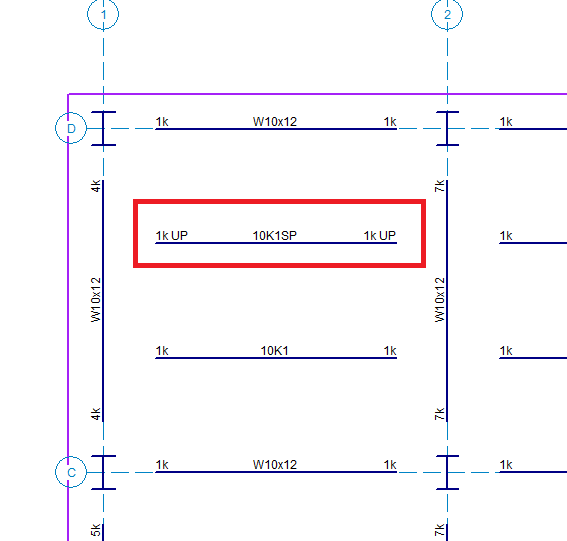 Steel products are designed to resist a uniform dead load (UDL), a uniform live load (ULL), and a uniform total load (UTL). The allowable loads for steel joist are based on the standard load and span tables for K, LH, DHL, and SLH Steel Joists.

A KCS joist can be designated for these special loading conditions. These joists do not have the “SP” label but are considered a special loading joist. KCS joists are checked versus the constant shear and moment capacity. RISAFloor also ensures the largest applied point load is less than the shear capacity and the sum of the distributed loads at a location are less than 550 plf maximum for K series joists. 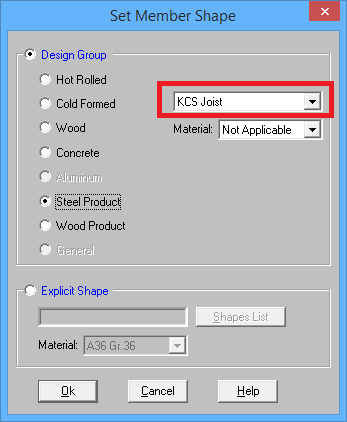 When a general “Steel Joist” is selected in the program, the program will add the SP extension to the joist name to indicate that it is resisting a non-standard load. RISAFloor will choose a joist such that the capacity shear envelope of the joist under a standard uniform load is still greater than the actual shear at all locations along the length of the joist. 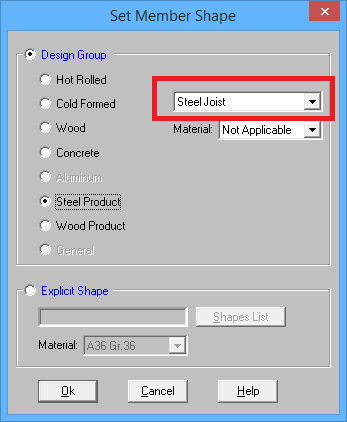