The Steel Joist Institute (SJI) has developed a Virtual Joist Girder table which converts common joist sizes into equivalent wide flange beams for use in RISA-3D.

When to Use Virtual Joist Girders

The engineer should use these Virtual Joist Girders in their analysis model whenever the girders are part of a lateral frame. This should result in analysis assumptions for the strength and stiffness of the member that are closer to what the joist provider can realistically provide. This will lead to better communication between the EOR and the joist manufacturer, resulting in a quicker, more efficient design process.

Can I Use Virtual Joist Girders in my Version of RISA-3D?

How to Use Virtual Joist Girders in RISA-3D

The Virtual Joist Girder database will be listed as one of the database options on the Hot Rolled tab of the Shape Selection dialog as shown to the left. 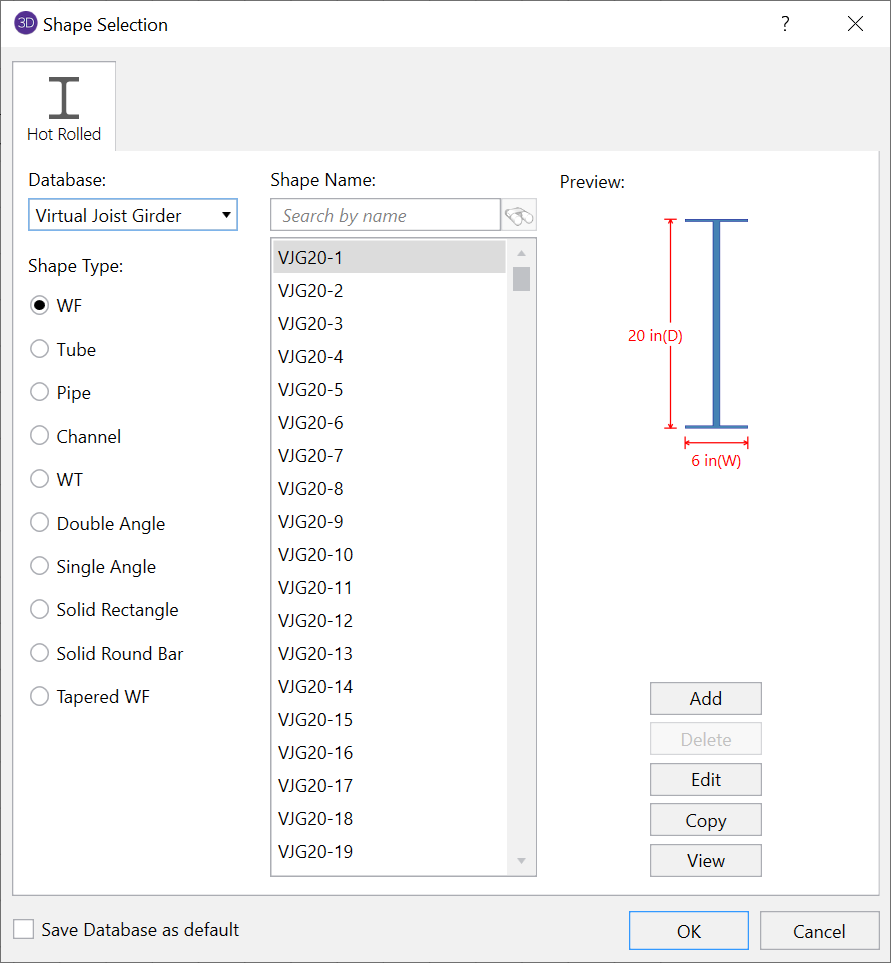 Note: This only appears when the Material is set to Hot Rolled Steel and the Member Type is set to Beam. 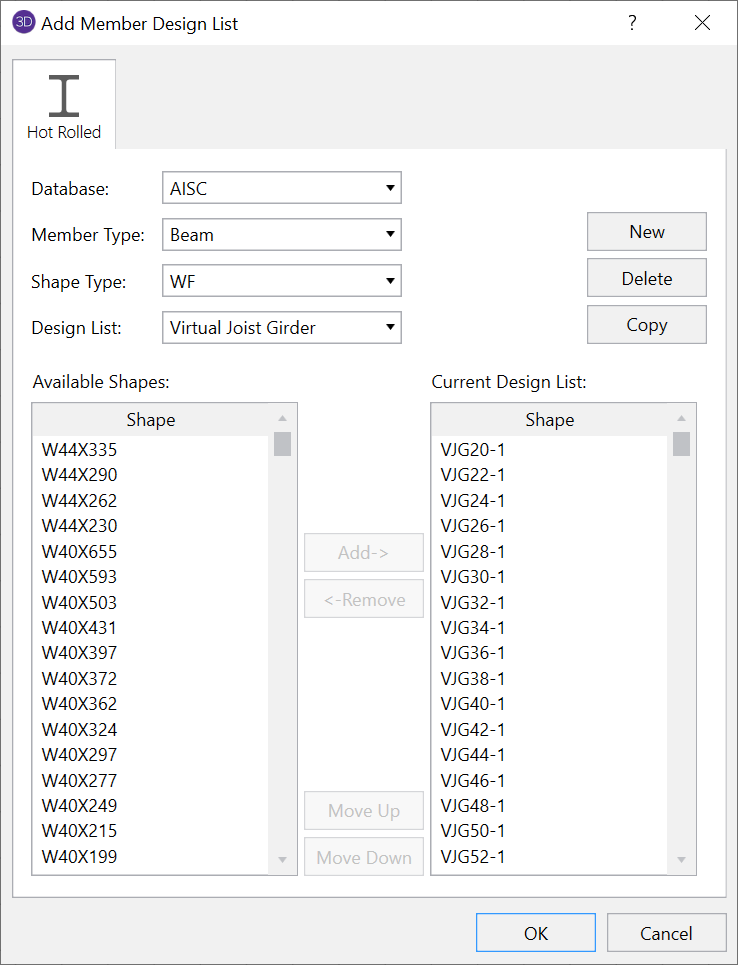 The RISA optimization is done based on cross sectional area. So, if two shapes both satisfy stress or capacity checks , the program will choose whichever shape weighs less as the one which is considered to be more efficient. That shape will then be listed as the suggested shape as part of the redesign or optimization done by RISA-3D.